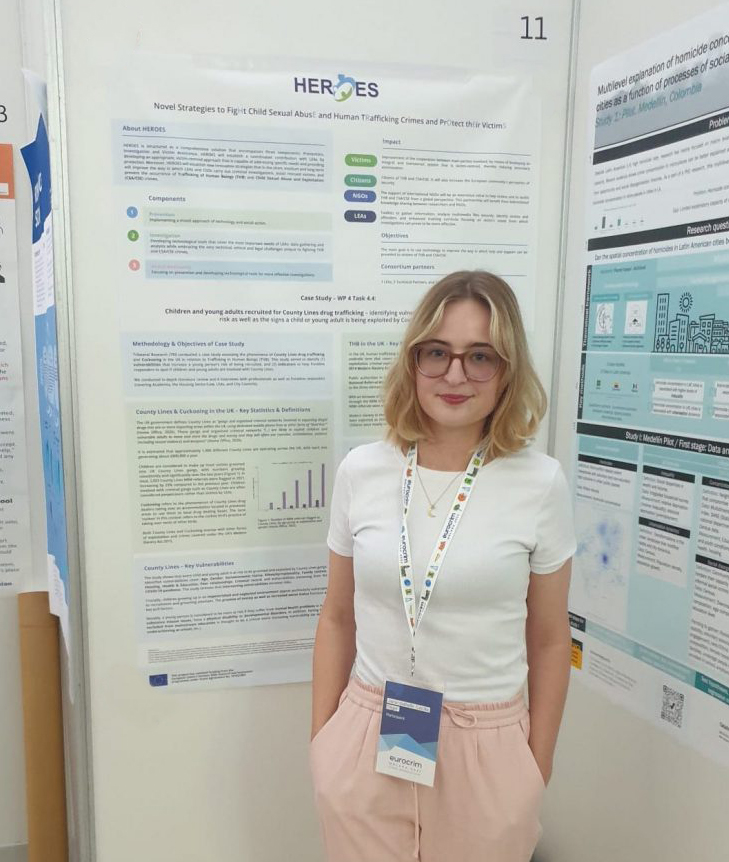 As part of HEROES, funded by the European Union’s Horizon 2020 research and innovation programme, Trilateral’s Research Analyst Jana Dilger conducted a case study on County Lines drug trafficking and Cuckooing in the UK – which highlighted how the phenomena link to human trafficking.

The UK Home Office defines County Lines as “gangs and organised criminal networks involved in exporting illegal drugs into one or more importing areas within the UK, using dedicated mobile phone lines” (2020). County Lines gangs resort to coercion, intimidation, and violence to exploit children and vulnerable adults who are used to move and store drugs as well as money. Cuckooing refers to drug dealers taking over a vulnerable person’s accommodation in provincial areas with the purpose of using their flat or house as their local drug dealing base.

County Lines and Cuckooing overlap with other forms of exploitation and crimes covered under the UK’s Modern Slavery Act 2015.

Most recent data shows that modern slavery in the UK, particularly criminal exploitation, increasingly affects children. In fact, children are considered to make up most victims groomed into UK County Lines gangs, with numbers growing consistently and significantly over the last years. In total, 2,053 County Lines referrals were flagged in 2021, increasing by 23% compared to the previous year. However, children involved with criminal gangs such as County Lines are often considered perpetrators rather than victims by LEAs.

The case study for the HEROES project primarily aimed to identify

The case study’s findings are based on a literature review and interviews with six professionals as well as relevant frontline responders covering Academia, the Housing Sector/Law, LEAs, and City Councils.

The study shows that every child and young adult is generally at risk of being groomed and exploited by County Lines gangs. However, some aspects are likely to increase vulnerability. This includes if a child is growing up in an impoverished and neglected environment. The promise of money as well as increased social status function as key pull factors. A young person is also considered to be more at risk if they suﬀer from mental health problems or have substance misuse issues, a physical disability, or developmental disorders. In addition, having been excluded from mainstream education is thought to be a critical event increasing vulnerability. Crucially, intersecting vulnerabilities are understood to increase the risks of being groomed into County Lines gangs.

Lastly, the study created a set of indicators aimed to help frontline responders – and the public – identify if an individual is a victim of County Lines. Working along the definition of human trafficking, the indicators are divided into the Act, the Means, and the Purpose. While a single indictor by itself may not necessarily point to a person being involved in County Lines, a combination of indicators is understood to increase likelihood. Examples for Indicators of Action include, firstly, if a person is missing frequently from home for short and/or long periods; and, secondly, if a person is found to be staying in unsafe accommodations such as a cuckooed property. Examples for Indicators of Means include, firstly, if the person suddenly has unexplained money and/or owns items the person can’t usually afford (such as branded clothing and trainers); and, secondly, if the person receives a large amount of phone calls and/or texts during the day/night, which functions as a way of controlling the individual. Lastly, examples for Indicators of Purpose include, firstly, a sudden change in the use of language (using phrases/terms in relation to drug dealing and/or violence) and, secondly, if a person is found with suspicious items linked to County Lines activities. Providing frontline responders with these indicators is hoped to contribute to a better understanding whether somebody is a victim rather than a perpetrator – and thus, enables the provision of much needed safeguarding support.

Jana recently presented the case study’s findings at the 24h Conference on Global Organized Crime – the recording can be found here. For updates on HEROES, follow the project on LinkedIn.