Four mistakes to avoid when making policy recommendations about populism 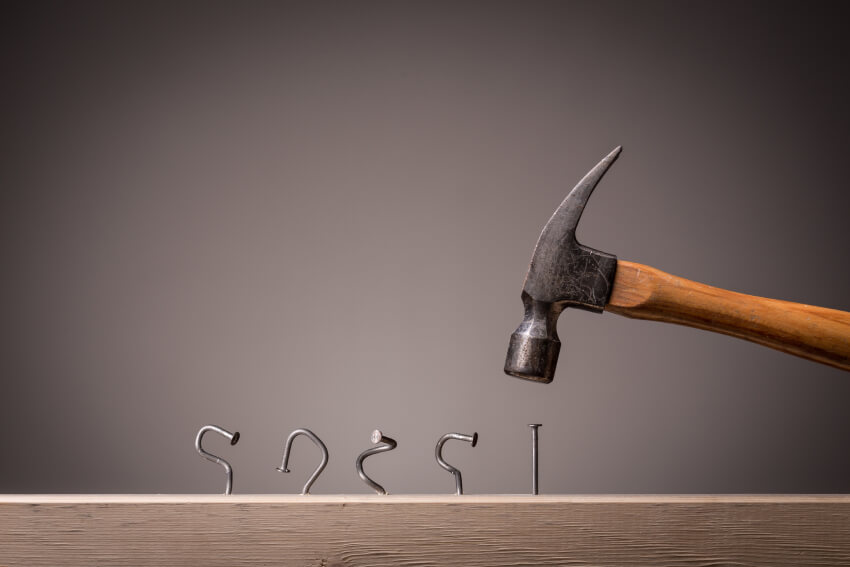 Populists express grievances against the democracies that they live in. For example, that they are run by educational or technocratic elites, and that ‘experts’ are in cahoots with governments to undermine ‘the people’. Dismissing these complaints out of hand is counter-productive and, as we have set out in the Ethical, Social and Legal Impact (ESLI) assessment for the PaCE project, it may also be unethical.

PaCE is an EU funded Horizon 2020 project, the aim of which is to develop an analysis that can help the EU mitigate the negative impacts of populist politics in a context-sensitive manner. We are doing this through analysis, developing tools for researchers to understand populist language online, and producing policy-oriented responses to populist politics.

Trilateral has contributed to the Ethical, Social and Legal Impact (ESLI) assessment for the project, developing a proper understanding of the ethics of making policy recommendations, why this is important, and ways in which expert-informed policy-making can go wrong.

Following some key takeaways from the ESLI assessment will help to avoid potential pitfalls in making policy recommendations around populism. In what follows we outline four key mistakes.

Don’t be a validator

As researchers we are often asked to offer input that we may think is informing policy, having an impact on the public good and leading to better decision making. However, rather than informing policy, there is a danger we may simply be validating a set of pre-determined policies or politics. Jeremy Shapiro writes that policymakers can engage with researchers, not because of their thoughts but because they produce authoritative research that can be referenced to back up what the policymaker was going to do anyway.

This is also complicated by the unusual relationship between experts and policymakers. As Guy Benveniste writes, ‘the Prince’ who hires policy experts is nearly always highly sophisticated and powerful – be it a judge, head of state, government agency or elected body – and the usual ‘client-professional’ relationship whereby the client is reliant on the expert, for example in medicine or law, is turned upside down.  In the domain of policy, experts can be reliant on their clients for funding and legitimacy, not the other way around.

The political sagacity of the client may also outmatch that of the researcher or policy expert. The client may not know the specifics of voting data for populist parties across the EU, but they may intimately know the leaders in question, or be in the political milieu with a stake in what happens to populist parties. In this context, there may be pressure to produce a certain type of finding or recommendation. These pressures can all compound the production of research-based policy recommendations that validate, rather than inform policy.

Don’t be a ‘dishonest broker’

Despite these external pressures, we researchers like to think of ourselves as motivated by good intentions such as, making a contribution to public good or identifying a policy problem or a situation that could be improved with research-based input.

We may even genuinely believe that the values we hold are good for the world and it is publicly minded to pursue them, but objectivity matters for the integrity of our research and independence of political and social science. If we approach our research with our own pre-conceived ideas based on our values, we may become ‘stealth advocates’ for those values.  This would justifiably confirm and compound the grievances held by populist parties against a certain type of scientific elite.

Even the term ‘populism’ is a highly politicised definition, subject to much critique and assumed to be negative. Aligning our research with the politicised divide between the ‘mainstream’ and ‘populism’ – when much of the mainstream itself adopts populist rhetoric and strategies – may pre-politicise our findings. This issue is particularly acute when we are being effectively hired by the ‘mainstream’.

The disenchantment with ‘politics as technocracy’ is one cause of the populist pushback against liberal democracy, and expert recommendations are part of this government by those-in-the-know. If technocracy requires the expulsion of politics from the government in favour of a supposedly rational and scientific management of society, the result is that technocracy is depoliticising. It excludes the everyday practical experiences of ordinary citizens. Populist grievances tap into this concern.

Expertise is a type of authority, and so it stands in inherent tension with the democratic value of all citizens being able to participate in collective decision-making. We must ask ourselves when we contribute our research to policy-making, no matter how well-intentioned, are we in fact undermining citizen’s ability to participate meaningfully in collective decision-making?

In this ‘new politics of expertise’, problems of bias, conflicts of interest and other recognisable political problems pertain, yet are not recognised as political problems. This is compounded by the fact that factors like class, ethnicity and gender can underpin the values and norms held by individuals. If the individuals contributing to research are predominantly from one social class, for example, and those ‘receiving’ research-informed policy are from another, this presents a democratic problem.

Such expertise is also based on a political discussion that is largely unintelligible to the public and stands outside of normal public debate and discussion – something integral to a functioning democratic polity.

Researchers can address the ethical issues produced by research that may undermine democracy, erode public trust, or contribute to populist grievances by embracing criticism, systematically opening up our findings to challenge, and developing democratic oversight.

Firstly, opening up research and trying to engage the public to help them better understand complex policy issues is a way to open research up to criticism and pushback. This contributes to democratic public debate and assuages the above problem of technocracy undermining democracy.

Institutionalising expert conflict in a kind of peer review process through which experts can criticise and challenge each other’s policy claims could break open the possibility that personal or professional interests or assumptions are being smuggled into the policy claims. This may, however, undermine the legitimacy of the expert’s authority if it is perceived by the public that there is no agreement amongst experts. Despite this paradoxical effect, it is nevertheless important to encourage contestation to improve accountability of policy recommendations.

Building democratic oversight over research and policy recommendations is also important. Rather than keeping research amongst the experts, exposing research and policy to processes like public hearings and citizen juries where the public are empowered to question experts, can make research part of a more deliberative policy-making process. This may also help researchers spot mistakes, challenge unknown bias and hidden class values, and expose the claimed objectivity to contestation by ordinary citizens. This also addresses the technocracy issue above which is to recognise the political role that researchers play and devise ways to keep such authority in check through democratic oversight or accountability.

This is why we encourage our clients to make our recommendations public where possible and open up our research to public scrutiny. Trilateral Research also tries to reflect on the value of our research methods and include processes like co-creation, stakeholder workshops and public validation as part of what we do. Honesty and professionalism are paramount and being more transparent and reflective in our research is an important part of achieving such standards.

For more information on this research area contact our team. 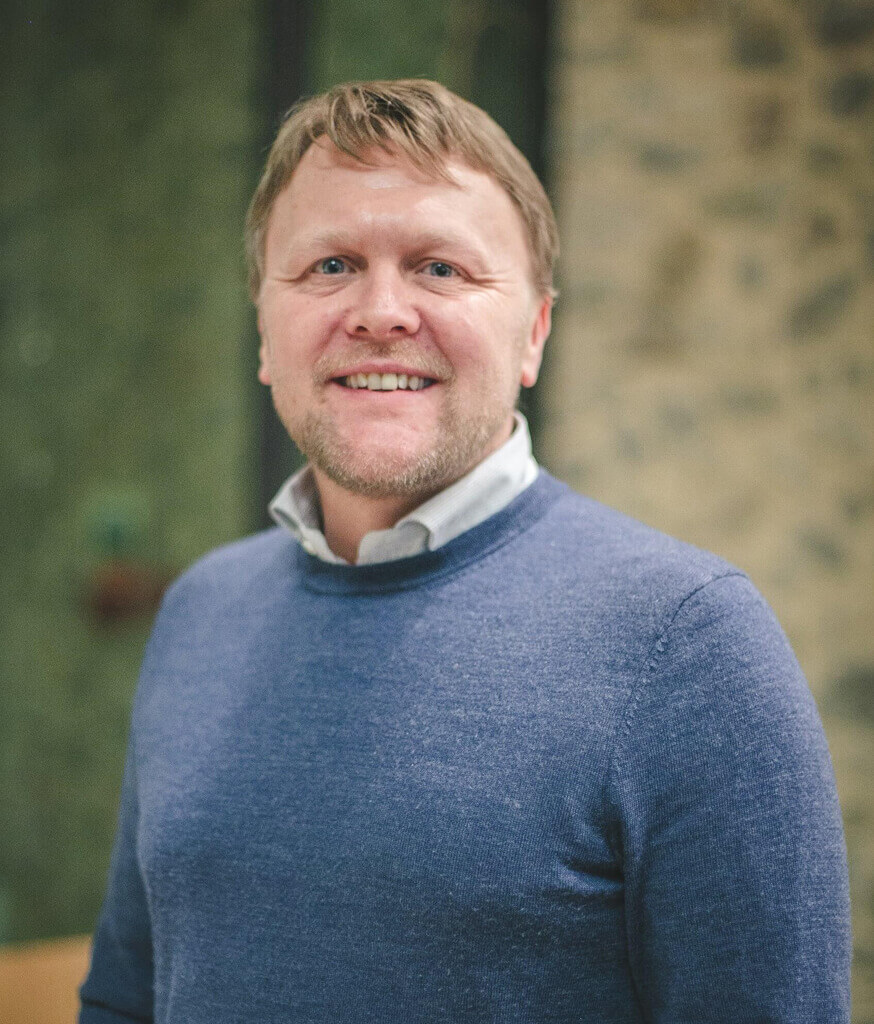