The Ethics of Space Exploration 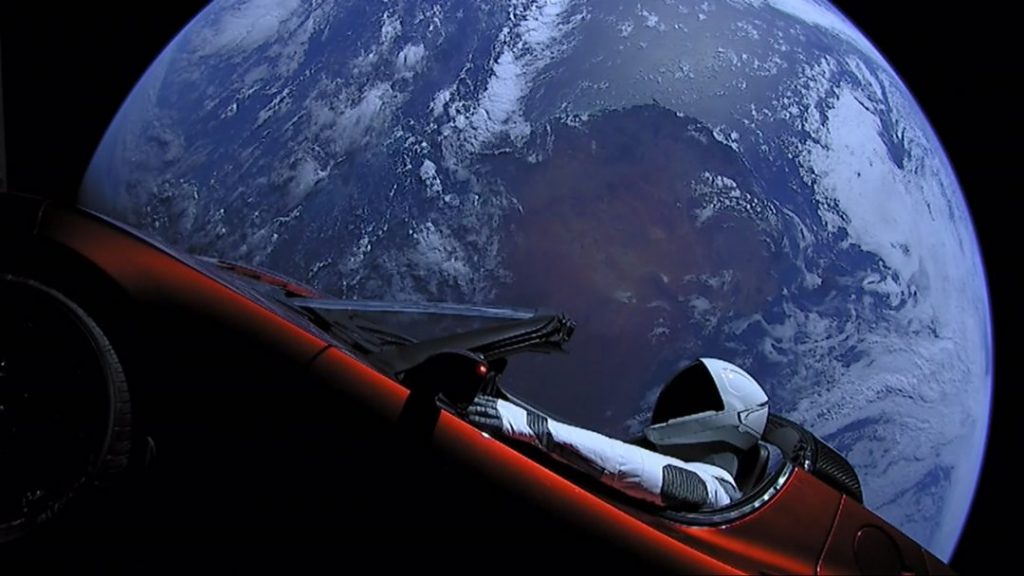 Although we can’t yet be certain that space is the final frontier, it is without question the next one. Human space flight and the exploration of space has fascinated the human imagination for millennia. From the myth of Icarus to Jules Verne’s From the Earth to the Moon, we imagined what it would be like to fly near the sun or to explore the moon long before our technology could get us there.

Of course, space travel is no longer the stuff of science fiction, and we needn’t worry that the sun will melt our wax wings sending us plummeting to the earth. For over half a century it has been technologically possible to fly to space and more recently to explore its vast reaches. In the relatively short time since the first human space flight in 1961, technological possibilities have expanded greatly, opening a wide variety of opportunities for humans in space that include scientific research, private tourism, earth observation, exploration of deep space, and even the potential for off-world sustainable living. Given our ever-increasing ventures into space, space has become more a set of activities than a location.

At Trilateral we offer expertise in these areas and are excited to join partners in exploring these topics in research or education projects.

One recent and important change to the exploration of space is that it is no longer the exclusive destination of government funded space programs. Private businesses, most notably SpaceX and Virgin Galactic, have already made a significant imprint in this sector, with Virgin Galactic building the world’s first commercial spaceport in New Mexico, and SpaceX teaming up with NASA to construct the latest rocket that successfully delivered astronauts to the International Space Station. Moreover, ushering in a new era witnessing for the first time non-professional astronauts in space, several companies have publicly stated their plan to take tourists into space, while the company Space Adventures has already sent paying customers on a 10-day trip to the ISS, each of whom paid in excess of $20mn.

Reflecting a renewed public interest in space exploration, the European Space Agency (ESA) has invested €14.4bn in space exploration up to 2022. This investment includes the assembly and operation of the lunar “Gateway” space station, which will serve as a staging station for missions to the moon and to Mars allowing astronauts to stay in space for longer amounts of time traveling back to the Gateway to stock up on supplies without travelling back to Earth.

Looking even further into the future, both NASA and ESA are doing tentative research on long-duration human space flight, setting up a permanent residence on the moon and the potential for the colonization of Mars.

As more money is invested in space, as more people—both professional astronauts as well as tourists—travel to space, as our spaceships are able to venture farther out into the galaxy, these fascinating developments in space exploration raise a myriad of ethical questions, both theoretical and practical:

In order to answer ethical questions, we ordinarily appeal to the three most prominent ethical theories of the Western tradition: consequentialism, deontology and virtue ethics. Space ethics is no different—at least in terms of where we should begin. It is sensible to begin addressing the above questions by contemplating how they each fit into our available ethical frameworks. What are the risks and consequences of further space exploration? Are there inviolable values that can direct and constrain our actions on space? Is the development and cultivation of virtuous characteristics that prepare us to act in an ethical way the best approach when the moral landscape is uncertain and unpredictable?

These traditional theories are not the only ethical frameworks we can appeal to. Perhaps the ethics of care, principlism, prima facie duties, theories of justice, and an ethic of responsibility can aid our inquiry as well.

Owing to the radically unforeseeable aspects of continued human activity in space, we must also ask the meta-ethical question of whether these normative theories and frameworks, which were constructed to guide human action and interaction on earth, are relevant to the space environment. Is future human activity in space relevantly similar to that of human activity on earth such that our ethical theories and frameworks are still valid for our intentions and actions there? Or are our values and norms thoroughly terrestrial requiring a new space ethics?

We want to work with you

At Trilateral we offer expertise in these areas and are excited to join partners in exploring these topics in research or education projects.