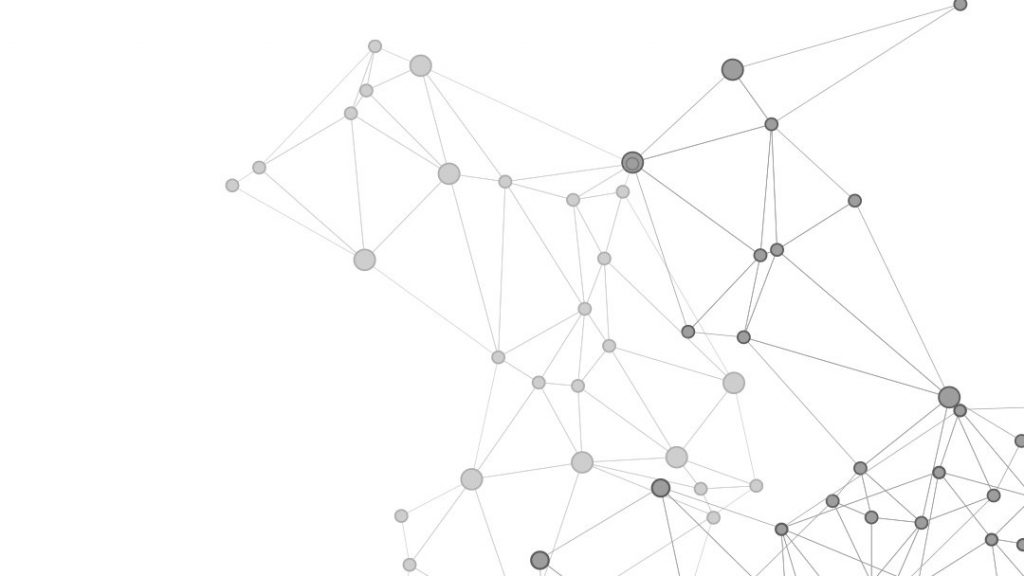 Chris is the National Police Chief’s Council (NPCC) lead for Data Analytics. This gives him the responsibility for delivering the strategy for this area across the 43 police forces of England and Wales.

How can the national strategy for data analytics influence CESIUM project’s development?

There are five key strands to the national strategy for Data Analytics.

Firstly governance, including the development of a strong ethical framework sits at the heart of this.

Secondly, the capability to deliver data analytics needs to be developed across policing.

Our people need to have the understanding, data literacy and skills to support such a capability.  We need to have access to data of a quality that is assured to the highest standards.  And finally, we need to be able to share data and insight effectively across policing and with our partners.

I hope that I can, therefore, influence CESIUM project team in the development of a sustainable model that will enhance policing’s ability to safeguard children in a manner that reflects all elements of this strategy and acts as a guide for other forces wanting to work in public, private and third sector partnerships in the future.

What might be the misconceptions and potential assumptions to be aware of in respect of police use of data analytics?

Coincidentally, I have recently come across an article from US media, which conveniently captures some of the misconceptions about predictive policing. It quite succinctly highlights the risks of using the term without clear definition.

Dallas police recently publicised a decision to be intentionally ‘intelligence-led’ and the headline that followed was “Predictive policing’ part of Chief Hall’s crime plan, raises concerns”. The article discusses the risks of marginalising and disadvantaging those from black and minority ethnic communities. When I read and re-read the article, however, I realised it was not clear what exactly it was that Dallas police were doing (i.e. how exactly they were implementing ‘intelligence-led’ policing), and therein lies the problem.

So how do we address this?

The first thing is to clarify that when we talk about data analytics, we are simply talking about analysis of information sped up by the use of tools. This is the sort of work human analysts have always done using spreadsheets, and before that, with pencil and tally marks. It’s descriptive and nothing more.

While true that some might take further explanatory insight from such analysis and determine next actions based upon it — I would contend this is not ‘predictive policing’ as the term is usually used.

When literature generally refers to ‘predictive policing’ it is assuming applications of algorithmic decision making through an automated analysis of datasets and perhaps even integrated datasets. This is the sort of capability promoted by some well-known software providers and that has since been dropped by law enforcement agencies both in the UK and the US, after trials that sometimes proved inconclusive.

Critics of these systems and trials have suggested that the data used is drawn from those areas within our communities that are already ‘over-policed’ and disproportionately populated by black and minority ethnic groups; thus the interventions delivered by police — as a result of decisions made by algorithms — disproportionately affect people within those communities, which clearly isn’t fair.

As a young community beat officer I used to turn up for a shift and flick through, or analyse, the crime reports, offending behaviours and intelligence records received since my last shift and cross-reference these with my areas of responsibility, the timing of my shift, and add in a bit of professional judgement. Articulating exactly what that professional judgement amounted to is difficult though. However, it would generally involve a process or set of rules I felt were logical and helped me determine where I should go and when whilst on patrol, in order to solve the age-old problem of reducing crime and disorder, protecting the vulnerable, and keeping our communities safe.

People like beat bobbies (police officers who patrol the streets on foot); they trust them. The vast majority of the public believe them to be fair in their approach to policing, but they don’t trust algorithms.

So this leads us to more concretely ask, what is an algorithm? And are all algorithms equal or inherently unfair? An algorithm is simply a “process or set of rules to be followed in problem-solving. It is a structured process. It follows logical steps”.

On its face, this doesn’t sound too problematic and you can see that I can define both professional judgement and algorithms as those sets of a logical rule that I adopt in making a decision and solving a problem.

So why does mistrust creep in when we start to work with automated analytical tools, but not when exercising professional judgement based on experience?

The answer is that I could always be held to account for my decisions. I could be directly questioned by those that tasked me, my seniors, my critics, and members of the public that I served.

Embedding an interpretation of my thought process into a coded algorithm though risks creating a sense — amongst those experiencing the impact of the decisions being made — of being subject to power which is fixed and over which they have no control or means of redress.

Is it, therefore, the algorithm or the decision making which is the problem? Or is it the lack of transparency, explainability, and accountability that leads to perceptions of unfairness and undermines legitimacy?

We need to show:

What key measures would support us in achieving transparency and ensure fairness?

In West Midlands Police we’ve taken great effort to address the risks described above. Furthermore, leading data analytics in the nation, I hope I can encourage others to adopt these practices. We have developed an independent data ethics committee which might offer insights to issues arising in CESIUM.

The panel was recruited not by members of the police service, but by our elected overseers.[1] It comprises lawyers, ethicists, philosophers, criminologists, data scientists, independent policing specialists, and informed community members. All the documents, minutes, decisions, and advice offered are published openly. Principally the work of our data science laboratory will not move from tasking to the operational arena without oversight and scrutiny by this committee.

The ethics committee, and broader community group, are being drawn together, again, not by members of the police service but by a social enterprise. They incorporate representatives of diverse communities, including those with relevant lived experience. Ultimately, the committee and community group are observed by colleagues from civil society to give independent and objective feedback on top of community insight.

For nearly two hundred years now, we have been drilling ourselves in the Peelian principles of policing by consent; principles that have stood the test of time.

“The power of the police to fulfil their functions and duties is dependent on public approval of their existence, actions and behaviour, and on their ability to secure and maintain public respect”.

Predictive policing can and absolutely should be a force for the public good, but we need to understand exactly what it entails.

What are the key areas of concern in using data for effective intelligence?

I think there are two main areas of concern around data reliability. First, the quality and consistency of the data within our systems; and second, the validity of the sources feeding those systems.

When we developed our own Data-Driven Insights capability in West Midlands Police, we set about integrating disparate datasets using a common data model. This now gives us confidence that we can draw upon a single version of the truth across those datasets with respect to POLE entities: Person, Object, Location, Event.

Before adopting this approach we had a scenario where we ‘produced’ data about such entities in various forms — different across different systems, and too frequently even varying within the same system. We then dumped all that data in a poorly structured fashion, in a warehouse, and if anyone wanted it we would point them to the warehouse and say, “it’s in there somewhere, help yourself. And good luck!”[2]

Can you imagine any other business treating its ‘product’ in such a careless way? This is why policing needs to have a common data model. With confidence in the quality and accuracy of the data, we can eliminate more errors and use it in a more meaningful and fair way.

The second point, however, is that we must also have confidence that the data we collect is the right data. To do this we need to be an ‘intelligent organisation’;  we need to consider what data we require as an output of every process, at the first point that we build that process. So often in public services, we try to retro-fit data collection to existing processes in order to satisfy a subsequent consideration, such as super-imposed inspection regimes.

With the right will and application, this can be easily achieved.

Where the challenge is greater though, is in the areas of policing we deliver that naturally generate data collection and the suggestion that this in itself leads to bias through over-policing of certain communities.

What is the best approach in developing data science capabilities within policing and what is your feedback on CESIUM project’s development?

Whilst some forces such as my own (West Midlands Police) have developed an in house data science capability and others are supporting the national pilot for a National Data Analytics Solution (NDAS), many forces will inevitably have to work in partnership to deliver such a capability on a case by case basis.  It is important to develop such arrangements in a considered way with the delivery of public good being our primary objective.

The fact that CESIUM has managed to bring a professional provider such as Trilateral Research together with Lincolnshire Police and NWG Exploitation Response Unit with the common aim of developing a technological means of preventing child exploitation is an achievement in itself.

It is not feasible that 43 police forces across England and Wales could build their own individual data science capabilities, but CESIUM allows a force such as Lincolnshire to draw on such a specialist service without the need for extensive investment.

The partnership then benefits from the expertise and unique insight to safeguarding that NWG bring.  And what has been particularly impressive from the outset is the clarity with which this project has sought to go about developing this capability in an ethical way; recognising the need to use technology to develop new more effective and efficient means of delivering public good.

It is clear that Trilateral Research share this ethos and therefore make an ideal partner for policing.

Notes to the interview

[1] Every Police Force in England and Wales is held to account by an elected official, the Police and Crime Commissioner.

[2] Police data has naturally been held securely, managed in accordance with the Management of Police Information (MOPI) requirements, protected in line with the various iterations of the Data Protection Acts, and only accessible to those sufficiently trained and vetted in line with Information Security requirements. The sentence referenced above is purposely flippant for effect and to demonstrate that organisation of data can nevertheless be improved upon.

Contact our team for more information on CESIUM project and our work in combating child exploitation.